Due to our increased need for electricity and wireless networking, we have to deal with more electro-magnetic fields and microwaves in our environment.

An Electro-magnetic Field is present in all buildings even if electrical appliances are not being used.  Scientific research shows that sleeping in high Electro-magnetic Fields can result in poor sleep and serious implications on our health.  Indeed, research shows that children seem to be more susceptible to EMFs.  Electrical wiring and appliances near the bed such as lamps, radio alarm clocks, mobile and DECT phones can give off high levels of EMF.

Using meters I can complete an Electro-magnetic Survey to ensure that you and your family are sleeping in a safe place.  Where the readings around the beds are above the recommended safe limit you will be given guidance as to how best protect you and your family.  If you live near an electricity sub-station or pylon the background levels within the home will also be checked. 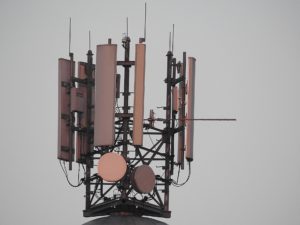 Wireless networking has been steadily growing in popularity over the last few years.  It is now in millions of homes, shops, schools, offices and other places throughout the UK.  Wireless Routers and Homehubs are found in living rooms, bedrooms, next to desks and near to laptops and PCs that connect to them.  They are accepted as an everyday item and barely even considered beyond that.

Wi-fi devices and routers have a range of up to 100 meters or so.  They use microwave signals which can penetrate solid brick walls and flesh whilst powered.  As well as wireless routers and/or modems Wi-fi is used by Homehubs and security cameras etc.  Wireless computers, laptops and routers constantly emit pulsed microwave radiation over (and through) our bodies.  This happens even when they are not being actively used (if they are still switched on).  So this radiation is present all the time – not just occasionally.  Additionally Wi-fi is slower than wired networks and is inherently insecure – even with encryption.  It is notoriously unreliable – often ‘dropping’ its connections part way through downloads and has never been pre-market safety tested.

Ill health effects have been linked to Wi-fi.  Some people in or near buildings using Wi-fi find they get many common symptoms.  These include: heart flutters, lots of headaches, nose bleeds, problems sleeping, itchy burning skin and feel really depressed.  Some teachers have become unable to teach in proximity to Wi-fi.  Wi-fi gives out the same sort of microwave radiation as microwave ovens when cooking food.  It often uses exactly the same frequencies.

Unfortunately the UK Government’s Safety guidelines only protect us from being heated (cooked) by the microwaves.  They’ve ignored the evidence that microwaves can harm us in other ways, without making us hot.  Many German and European doctors (GP equivalent) are so concerned about Mobile phone Masts that they have signed petitions such as the “Freiburger Appeal”.  These petitions demand that Governments take other health concerns over such technologies more seriously.  Doctors have noticed more and more of the following health problems occurring in proximity to microwave transmitting technologies:

Doctors in a town in Germany (West Kempten) decided to prove that a Mobile Phone Mast was causing health problems.  They took lots of blood samples from participants before and after a new mast was put up and turned on.  Each participant also stopped using their mobiles, cordless phones, wireless internet and other wireless/mobile gadgets too.

Levels of two vital chemicals serotonin and melatonin were found to be seriously altered once the mast was turned on.  Serotonin levels were halved.  Serotonin controls your mood, anger, aggression, body temperature, sleep, sexuality, appetite and metabolism.  Many participants found themselves feeling moody, depressed, tired, and lethargic.  Some also felt agitated and lost their appetites.  Nearly all felt really down.  Participant’s Melatonin levels were too high during the day and much too low at night.  Melatonin is a hormone that is important in boosting the immune system and fighting cancer.  It protects your DNA from damage.  Since it also helps regulate sleep you want it high at night time.  Otherwise you will be restless at night and tired during the day.  If your immune system isn’t boosted enough you will become ill easier, stay ill longer and can’t fight cancer so well.

The Doctors wanted the Mobile Phone Mast to be turned off again.  Some Scientists have also found that levels of nitric oxide and calcium ions in the body are upset by microwaves.  Too much nitric oxide can lead to Multiple Sclerosis, diabetes and cancer, whilst too little can cause high blood pressure and damage to your arteries.  Calcium ions are used by cells to communicate and if they leak out of cells they stimulate cancer cell growth.  If too many get into cells, the cells become damaged and DNA gets broken up, this damages fertility.  It is possible to reduce or eliminate your exposure to WIFI.